Comparison for Theoretical and Software Output for RSI

Comparison for Theoretical and Software Output for RSI

2. Why Do We Need Rail Structure Interaction (RSI) Analysis?

4. Comparison for Theoretical and Software Output for RSI

Most of the modern railways use continuous welded rail (CWR), sometimes referred to as long weld rails (LWR). These rails are welded together by flash butt welding to form one continuous rail that may be several kilometers long. There are various benefits of using CWR over jointed tracks. As there are a few joints:

CWR is more expensive to lay as compared to jointed tracks but has much lower maintenance costs. Also, the reduction in impact force leads to an increase in the life span of CWR.

2. What is a P- Why do we need Rail Structure Interaction (RSI) analysis?

CWR over a bridge structure typically experiences a large amount of additional longitudinal axial forces due to longitudinal rail-structure interaction (track bridge interaction) due to train vertical, braking/traction load effect, and temperature change. Therefore, it is essential to ensure buckling stability by compressive stress and fracture by tensile stress due to the above-mentioned loading effects.
RSI analysis focuses on the following key design actions:

∴ RAIL
• Forces attracted by the rail and the resulting additional axial rail stresses due to combined effect of temperature, vertical and braking/traction load.
• Longitudinal relative displacement between deck and rail under these load effects to ensure the stability of the ballast in the bridge.

UIC- UIC, is the worldwide professional association representing the railway sector and promoting rail transport. UIC has been a standards-setting organization since its creation in 1922, and technical harmonization of the railway system remains one of its core objectives. Its members — the operators of the world’s railways — have, over the years, developed the “UIC code” comprising UIC leaflets, which define common rules to ensure safety and efficiency in the design, construction, operation, and maintenance of the railway system.

UIC 774-3 leaflet provides a sound basis for RSI analysis of bridges. It provides design graphs for various spans, support conditions, and loading. Using these curves the interaction stresses in the rail can be found. However, there are limitations to the manual method of calculation of stresses. Manual approach is fine up to 2-3 spans, it cannot be applied to bridges with large number of spans as the process becomes tedious and the stresses obtained are also not accurate. For such structures, computer-assisted interaction analysis should be performed. UIC 774-3 also provides recommendations for computer-assisted interaction analysis.

Fig 2. Structural diagram for the evaluation of track-bridge interaction effect

Depending on the importance and the structural scheme of the bridge. Different types of analyses can be made at different levels of accuracy. Two major categories of analyses considered are:
1. Simplified separate analysis for thermal variations, braking/acceleration, and vertical forces
2. Complete analysis of the joint effects of thermal variations, braking/acceleration, and vertical forces

Fig 4. Yield of track in case of simplified separate and complete analysis

4. Comparison for Theoretical and Software Output for RSI

Below shown is a comparison of stresses and support reaction for a simply supported deck with one fixed elastic support between manual stresses calculated based the theoretical method given in UIC 774-3 and stresses obtained for the same bridge modelled in midas Civil.

Fixed support at one end, no friction in the movable bearing

Calculation of stresses as per UIC 774-3: The stresses in rail are calculated based on the interaction diagrams due to braking and temperature variation for simply supported deck with single track given in Appendix A and Appendix B of UIC 774-3. The summary of stresses are shown below: 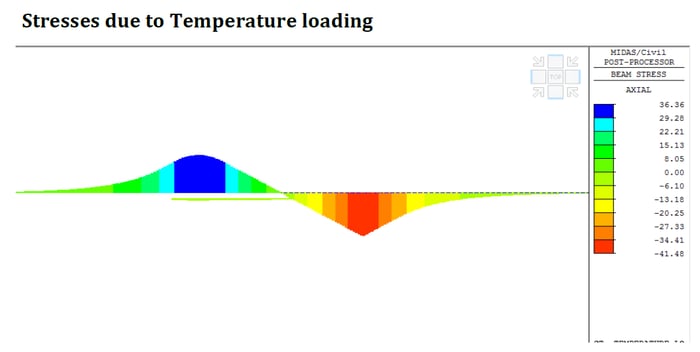 Fig 6. Stresses in rail due to vertical bending

Fig 7. Stresses in rail due to baking load

The comparison of stresses in rail for manual calculation and software results is shown below:

Table 1. Comparison of stress from manual procedure and Midas Civil

It can be seen from the above comparison that the manual method mentioned in UIC 774-3 gives a conservative estimate of the stresses in rail due to interaction. The same is mentioned in UIC as well. However, the point to notice here is due to the continuity of rail which is accounted in midas Civil the stiffness distribution of the structural changes resulting in change in stress distribution. This can be evidently seen in this example. Hence for larger bridges with multiple spans software-based interaction analysis is a better option as it more accurately captures the stiffness of structure due to continuity of rail.

Anuj is currently working with MIDAS IT as a Senior Structural/Bridge engineer. He has over 4 years of experience in the design and review of bridge/building projects. He has performed rail-structure interaction for various major railway bridges in India. He pursued his Master's Degree from IIT Madras and is experienced in handling complex technical issues related to bridge engineering projects.