Table of Contents (click to move to the contents)

The main reason for observing stress is to determine if a part or structure fails. This article sees how parts fail under static or near static loading and how to predict it. Part failure is affected by the part's geometry, its loads, and its material.

There are several failure theories, but the two most reliable methods are:

Let's look at the Stress-Strain Curves in Fig.1 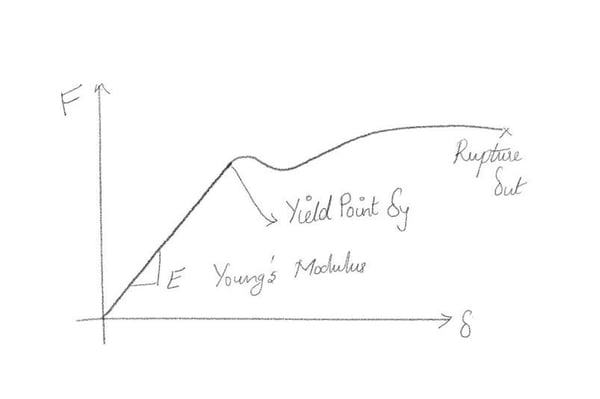 Frequently these curves are generated by placing a specimen in a machine and applying a tensile force until the material fails.

Materials, though stressed beyond their ultimate strength, do not fail under hydrostatic loading. 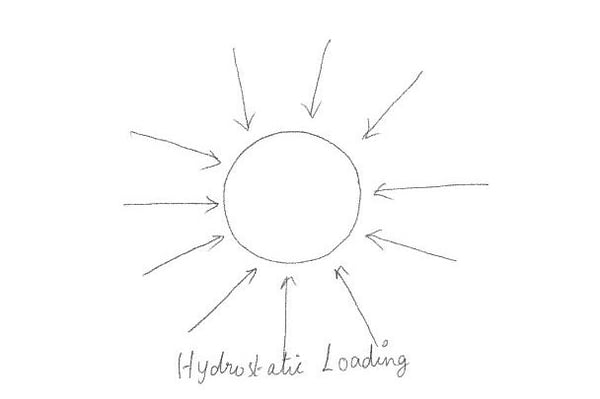 With hydrostatic loading, there is compressive stress (normal) but no shear stress. This leads us to suspect that when the parts fail, shear plays a strange role. In fact, it is related to the distortion n of the objects. It allows the molecules to slide next to each other in the structural lattice.

Fig. 4 gives the relationship between stress-strain and energy.

The energy (U) at any point is:

We saw earlier that hydrostatic loading alone did not cause failure. Hence the strain energy can be divided and developed above into two parts, Hydrostatic & Distortion Energy.

The stresses causing hydrostatic energy are the same in all directions so that we can divide the principal stresses into:

Adding these together yields:

For volumetric change with no distortion, the terms in parenthesis must equal to zero so

Now the Hydrostatic Energy (Uh) can be found. We know that hydrostatic stress is the same in all directions. Substituting in the total energy, one may obtain the Distortion Energy (Ud) as,

Using this, we set,

We call this the Von-Mises stress. It is based upon Distortion Energy, and it seems to be better at predicting failure than the other stresses.

Von-Mises effective stress is defined as the "uniaxial tensile stress that would create the same distortion energy as is created by the actual combined applied stresses".

We have the following stress in a material, 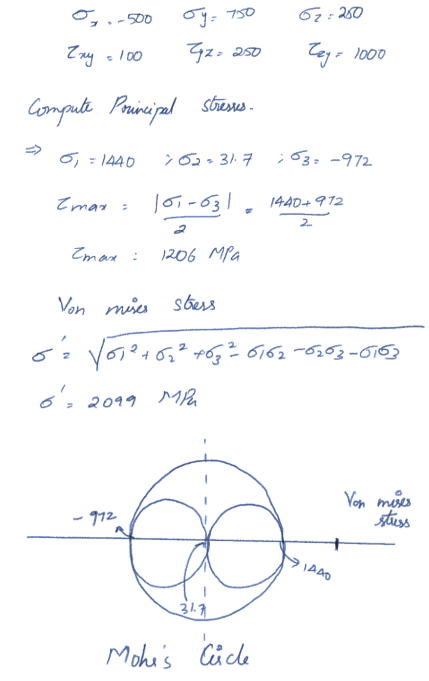 If we define the safety factor as:

1.3 when everything is known and carefully analyzed & 5 when there are many things unknown. For Von-Mises Stresses, the safety factor is computed with

Von Mises criterion is widely applied in the case of steel bridges and is the most preferred failure theory. Von Mises stresses are checked and ensured they are well within the elastic yield limit.

Consider a Bow-String Girder Bridge model in midas Civil as in Fig. 7. The Yield Strength of the Girder of Material E250 is 250 N/mm2. Two cases are examined for Train Load, Double Track. The Stringer beam & the Cross Bracing at the mid-span as these elements are expected to experience maximum stress. 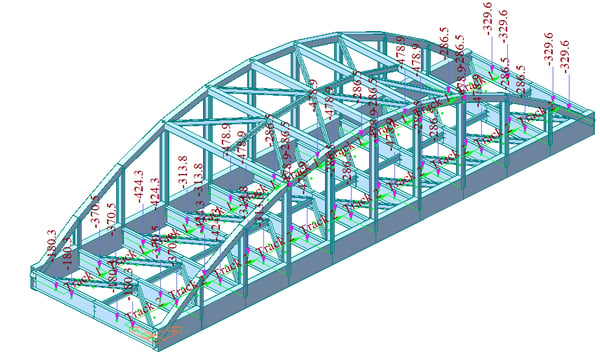 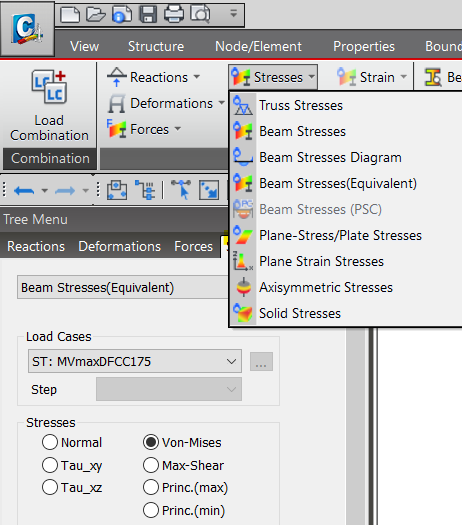 The Von-Mises stress for the Stringer Beam near Mid Span (Dark Yellow Contour ) is 159 N/mm2, less than the Yield Strength value. Hence the design is SAFE. However, one may revise the section to consider a higher Factor of Safety. 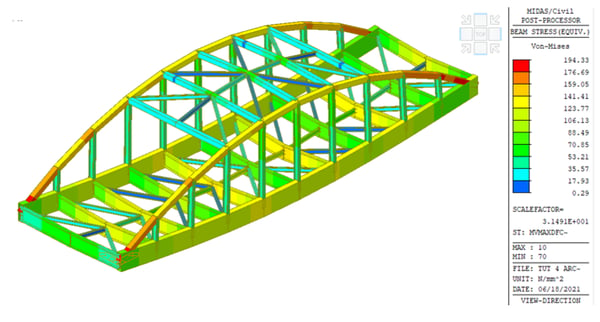 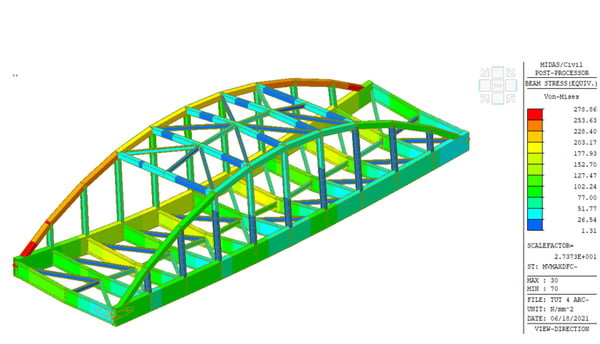 In short, an engineer's duty is to keep the maximum value of Von-Mises stress induced in the material less than its yield strength.

Before Von-Mises researched looked at the tensile test of ductile materials, it was apparent that the failure was due to shear, not torsion. Both the Maximum Shear Stress Theory ( N = σys / τmax ) and Von Mises Stress Theory ( N = σy / σ ') are good for computing the safety factor against failure. However, the max shear stress theory is a little more conservative than Von-Mises stress.

Note: The Maximum Normal Stress Theory ( N = σy / σ1 ) is not valid. Materials can fail even though N is greater than 1. 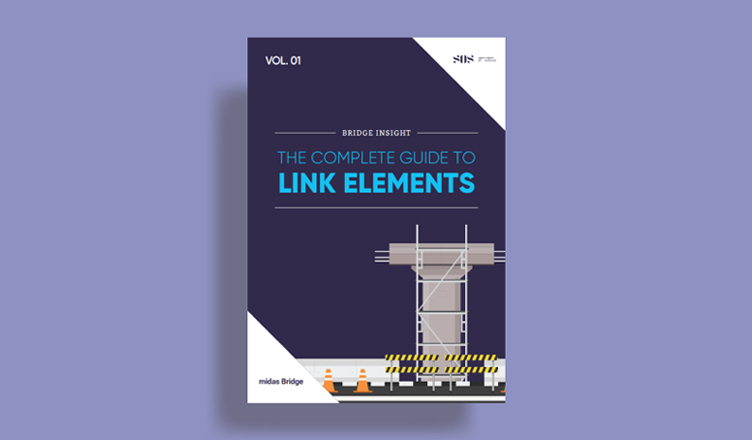 By. MIDAS IT Global Planning Team