While modeling cable-stayed bridges, the different types of cable arrangements such as Fan, Semi-Fan, and Harp type is often considered. Since they vary in cable arrangement, the pretension in the cables is different and the deflection, bending moment, and stresses vary in the bridge. It then becomes prudent to choose the best arrangement for a more optimized design leading to lesser cost and increased safety.

In this article, we present, in a concise way, the modeling of a Cable-Stayed Bridge in midas civil with three different cable arrangements. Furthermore, Response Spectrum analysis is carried out on the models to study the Dynamic Responses of the three arrangements.

3. Finite Element Model of the Bridge

5. Loads applied on the bridge

6. Results of Fan, Semi-Fan, and Harp Type of Cable-Stayed Bridge


The development of Finite Element Software has promoted the application of cable-stayed bridges. This is due to the high redundant Degree of Freedom number related to the number of cables which could not be solved manually; however, it is now possible by FEM software.

Figure 2: Components of a Cable-Stayed Bridge

Since axially loaded members are generally more efficient than flexural members, a cable-stayed bridge is highly economical for higher span lengths and can range more than a kilometer in length. However, with all its advantages, cable-stayed bridges are normally sensitive to dynamic loadings like earthquakes.

In this arrangement, the cables connect to or pass over the top of the towers. The cables having, a relatively steeper slope, resulting in a smaller cable cross-section as compared to the Harp type. However, when the number of stay cables increases, the weight of the anchorage increases considerably, making it difficult to attach all the stay cables together at the pylon. Therefore, Fan patterns are suitable only for spans having moderate lengths and with limited stay cables.

In this arrangement, the cables are concentrated in the upper part of the pylon, and they are more steeply inclined as we move closer to the pylon (Bernard et. al., 1988). This is one of the most common arrangements and the world’s largest cable-stayed bridge, the Sutong Bridge in Jiangsu, China, was designed considering the Semi-Fan arrangement.

Here, the cables are spaced from each other sufficiently as compared to the Fan system to allow better termination and offer easy maintenance of cables.

In the Harp system, the cables are nearly parallel to each other and is sometimes called parallel design. This arrangement is aesthetically more pleasing; however, it requires taller pylons to fit all the cables. Furthermore, since the cables are not steep, the compressive force developed in the deck is high and results in higher bending moment in the pylons.

3. Finite Element Model of The Bridge

3D Finite Element Model of the bridge was prepared using midas Civil. The girders and pylons and cross-beams are modeled as beam elements (frame elements) and the stay cables are modeled as truss elements. This is because, during Response Spectrum Analysis, cables would be converted to equivalent trusses.

The images below show the three geometry arrangements of the cable-stayed bridge. These were modeled keeping the span length, girder and section dimensions, cable diameter, etc., constant with the only variation being in the cable arrangements.

The Unknown Load Factor method in midas Civil is a feature with which we can calculate the cable pretension force that would satisfy certain constraints in terms of displacements, bending moments, etc. This function optimizes the tensions of cables at the initial equilibrium position of a cable structure

Figure 8: An example highlighting the constraints and working of Unknown Load Factor Method

In this method, we formulate an objective function consisting of unknown load factors. The function could be formed as Linear, Square, or Max Abs summation of Load factor X scale factor. We can also choose the sign of the unknown load factors to be calculated. They can be positive, negative, or both. Since cables are always in tension, we provide the sign of Unknown Load Factor as Positive in midas Civil.

The cable pretension (or Load Factor) from the unknown load factor method might not be practical or might exceed the cable force tolerance limit. Hence, cable fine-tuning is done to optimize the pretension forces in the cable.

5. Loads Applied on the Bridge

Cable-stayed Bridges have become very common for large spans and are now used in earthquake-prone areas often. They are sensitive to dynamic loadings such as earthquakes and need to be analyzed thoroughly. In this model, Response Spectrum analysis has been carried out based on Eurocode-8(2004). Self-weight and additional dead loads have been applied to account for utilities, railing, etc.

6. Results of Fan, Semi-Fan, and Harp Type of Cable-Stayed Bridge

Since the bridge is symmetrical, an identical initial cable prestress will be introduced to each of the corresponding cables symmetrical to the bridge center. ULF is being carried out and the Cable tuning optimizes the initial pretension in the cables in all the three arrangements and all three models have been provided with similar cable pretension. A Load Combination called LCB1 is formed having Self-weight and Additional Load with a factor of 1 and all the Cable Pretension Load is obtained after ULF and Cable Tuning.

A. Total Deflection due to LCB1

B. Moment My in the Bridge due to LCB1 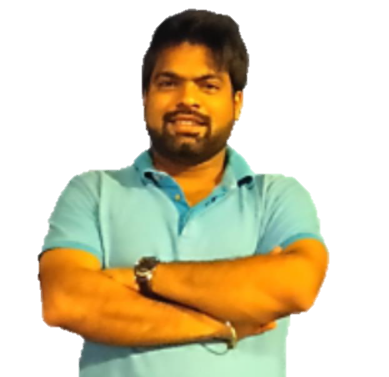 Rohan is currently working with Midas IT as a Senior Technical Support Engineer, mainly assisting with structural and bridge engineering-related projects. He pursued his Bachelor's degree in Civil Engineering from IIT Kharagpur and Master's degree in Structural Engineering from IIT Roorkee. He has 4+ years of technical reviewing and consulting experience for bridge and building-related projects.