High Speed 2 is a new high-speed railway linking up London, the Midlands, the North and Scotland serving over 25 stations, including eight of Britain’s 10 largest cities and connecting around 30 million people.

Since high-speed railway bridges are subjected to cyclic loading by the continuous wheel loads traveling at high speed and regular spacing, their dynamic behavior is of extreme importance and has a significant influence on the riding safety of the trains. High-speed trains impose significant dynamic actions on bridges and viaducts. For speeds above 200 km/h, the effect of resonance must be considered, since in many cases can be the governing factor when deciding the structural form. The classic approach of design of the bridge is to use static analysis to find forces, flexure under certain moving load, and consider dynamic amplification factor to account for the dynamic effects of the train. In HS1 this approach was used to take into account the dynamic effects. However certain issues were observed in the First French HSL project: Paris-Lyon:

In a joint effort in Europe, a committee ‘ERRI D214’ was constituted to study these problems. The following conclusions were drawn by the committee for train speeds over 200 km/h:

The committee established a series of rules and guidelines for the dynamic assessment of bridges. These guidelines have been implemented in Eurocode. What we see in the Eurocode is basically the conclusions of the committee on this particular issue.

The problem of resonance manifests in different ways depending on the type of structure. If ballasted tracks are used and deck acceleration is greater than 0.7g (g: acceleration due to gravity), in that case, the ballast grains lose their grain interlock. Due to this, there is a loss in horizontal and vertical strength resulting in issues with track alignment, quick deterioration of track, and risk of derailment of the train. In the case of a ballastless track when deck acceleration is greater than g, the contact between the wheel and rail is lost which also leads to quick deterioration of track as well as the risk of deterioration. Usually, it is assumed that single-span simply supported structures have less or no dynamic effect on high-speed trains. However, these single-span structures are especially susceptible to resonance. Resonance effects are significantly reduced on continuous structures.

When to go for Dynamic analysis?

Eurocode provides a flow chart for simple and complex structures to determine whether dynamic analysis is needed or not. Below shown is a flow chart given in the code. 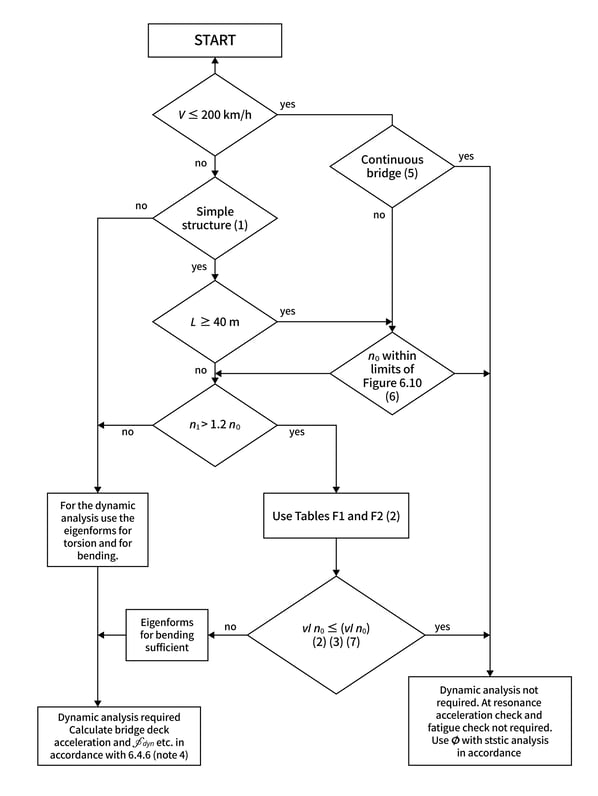 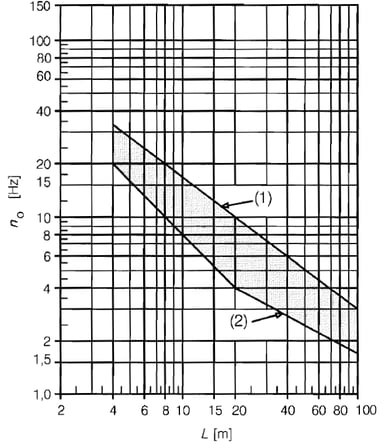 Fig: Flow chart determining whether a dynamic analysis is required or not.

Simple structures are those which behave like beam between supports. For structures with behavior such as grillage, orthotropic, cable-stayed, or more complex behavior are classified as complex structure.

Bending and torsional need to be identified to assess n0 and nT. Mass participation factors can be used to identify the relevant modes.

Time history analysis needs to be performed to mimic the dynamic effect of trainloads. Linear time history can be considered as generally the structural behavior is within the linear range. Modal integration (modal superposition method) is generally used with the first model of the structure in accordance with BS EN 1990-2002 A2.4.4.2.1.

The Eurocode does not give any recommendation on the time step. However, ERRI D214 provides guidelines on time steps which are shown below. Timestep value should not be greater than:

If a very high value of time step is considered it will affect the amplitude of the dynamic analysis:

A 30 m span simply supported psc box girder bridge is considered with nodes at every 0.5 m. The structural arrangement of the bridge is shown below: 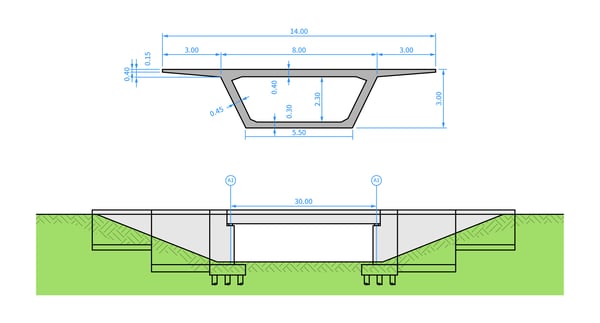 Fig: General arrangement of the bridge 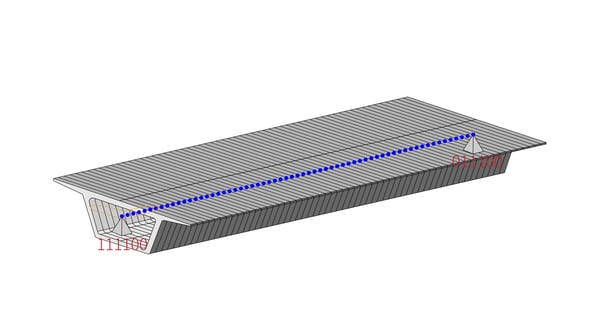 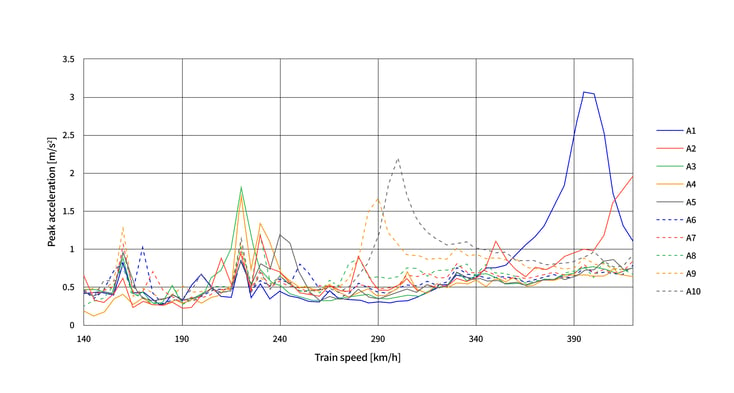 It can be seen that the bridge is safe from the risk of derailment as the maximum peak acceleration is less than 3.5m/s2 which is specified by the euro code for the ballasted track.

The dynamic response of the deck members must be checked and compared to the equivalent static responses. 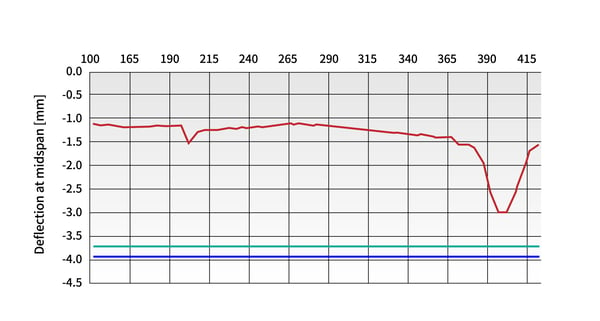 The conclusions for the dynamic analysis are tabulated below: 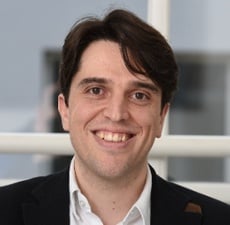 Alfaras is a Principal Bridge Engineer at Arcadis UK with 10+ years of experience in bridge and structural design. He has been a lecturer for Finite Element Method of Civil Structures at the UPC/Barcelona Tech for 5 years. Some of the projects Alfaras has been involved in include the Lower Thames Crossing in UK and the "Eix Diagonal" Motorway in Spain. 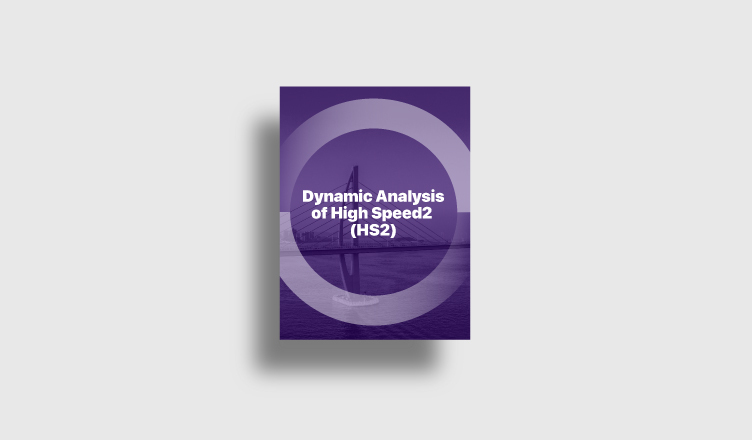