Let us start with a question, how to determine the vehicle position on a single lane for the governing forces in an element? The usual procedure followed by several engineers is to run a train of vehicles on a defined lane as close to each other (at a minimum distance) and get the position for maximum effect.

The above-mentioned procedure may not give the desired results for all kinds of structures. The correct way would be to find the influence line diagram along the given structure for the element under consideration and place the vehicles such that the maximum effect can be produced on the element (positive influence area).

Before moving forward let me define the influence line diagram (ILD), which is the variation of forces in an element or at a node due to the movement of unit force along the span of the structure.

Now, we have some idea about the importance of ILD, in the next section, we will understand how to generate the influence line diagram for a given structure.

There are mainly two approaches for generating an ILD,
a. Static Equilibrium method,
b. Muller Breslau’s Principle,

From the principle of consistent deformation (superposition of fig2 & fig3),

The final influence line diagrams for Ra, Rb, and Ma are as follows.

The qualitative ILDs for multi-span structure are shown in the figures below.

Fig.7:ILD for Moment at X

Fig.8:ILD for Moment at D

We have seen the theoretical calculation for the determination of the influence line diagram for the indeterminate structures. Let us compare the structure with moving loads placed such that the maximum sagging and hogging effects can be determined. The structure is a 3-span continuous beam of 50 m each, with pinned and roller supports as shown in the image below.

The structure is analysed for the moving loads only and it is loaded with All Model1 A-4AXLE convoy vehicles (CS454) along the centreline of the span.
The two load cases are compared to get the maximum sagging moment in the structure,
Case1. When the vehicle position is placed such that the distance between the two vehicle groups is kept fixed minimum (3 m),
In this case, only one span of the structure is loaded to get the maximum effect as shown in the figure below. The maximum sagging bending moment for this case is 7700.3 kN-m.

Case2: When the vehicle position is placed such that the distance between the two vehicle groups is kept variable.
In this case, both ends of the spans of the structure are loaded to get the maximum effect as shown in the figure below. The maximum sagging bending moment for this case is 8502.4 kN-m.

Fig.11:Left and right most spans loaded with All Model1 A-4AXLE vehicles

This creates a significant difference in the design bending moment demand for the structure.
Therefore, it is essential that the vehicles shall be placed as per the influence line diagram instead of keeping them at a fixed distance over the span of a bridge.

The vehicle load definition of midas civil incorporates this effect and includes all the possible governing vehicle positions for the force calculation. In the next exercise, the moving load is applied along the span of the structure as per the standard vehicular load definition for All Model1 A-4AXLE convoy vehicles available in midas civil as shown in the image below.. 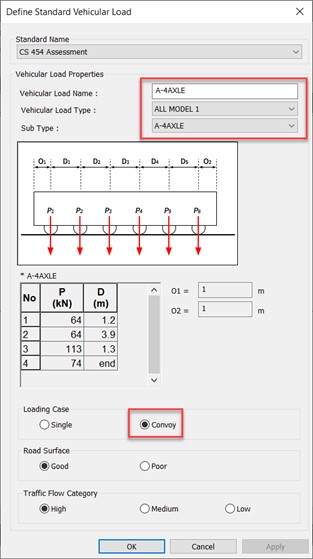 The vehicle positions for the maximum and minimum bending moment in the structure are as shown in the figures shown below. It is to be noted that to get the maximum effect the spacing between the two vehicles shall be kept varying (this is naturally done in midas civil) else desired governing effect cannot be achieved.

Fig.13. Vehicle position for maximum hogging moment in the structure

Fig.14: Vehicle position for maximum sagging moment in the structure


The difference is close to 10% which is significant, and it can further widen depending on the configuration of the structure.

Although we have considered a simplified case that is quite intuitive, while considering moving loads for a medium to long-span bridge with skewed or curved geometry it might be difficult to position the vehicles manually to get the maximum effect. Hence, to ensure better accuracy of the moving load analysis it is essential that the vehicular positions are decided based on the ILD of the structural elements. 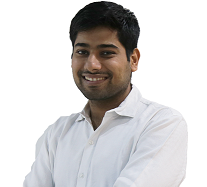 Saurabh is a bridge engineering in MIDAS IT Global Technical Support Center. He has over 3 years of experience in the design and review of major infrastructure projects including Extra-dosed bridges. He pursued his masters from IIT Madras and is experienced in handling complex technical issues related to bridges. 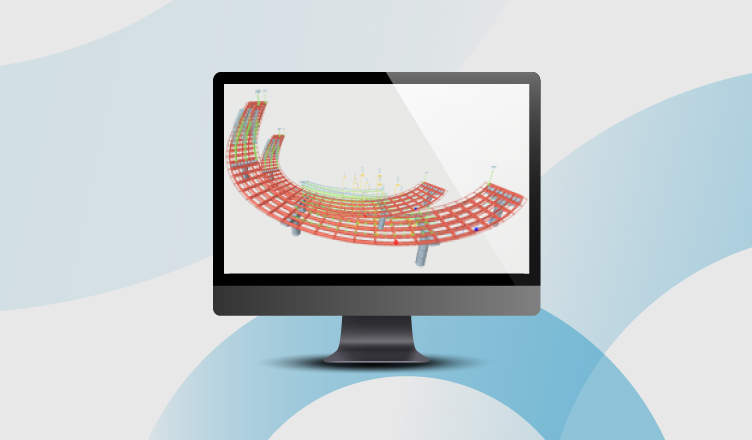