Prestressed concrete is a structural material that allows for predetermined engineering stresses to be placed in members to counteract the stresses of loads. It combines the high-strength compressive properties of concrete with the high tensile strength of steel. These prestressed concrete girder bridges are currently used in bridge construction all over the world. Research on materials and superstructures of bridges has shown that prestressed concrete girder bridges have the longest life span and require less maintenance than other bridges. Furthermore, these bridges are increasingly being used due to their aesthetic versatility, strength, quality, and reduced construction time.

This post will take a look at the Top 10 World's Longest Prestressed Concrete Girder Bridges.

The ranking of the 'Longest Bridges in the World' below is based on 'Span.' 'Span' refers to the main span of a bridge which is equal to the center to center distance of adjacent towers, pylons, piers, or supports given in meters [m]. It does not mean the total length or overall length of multi-span bridges. 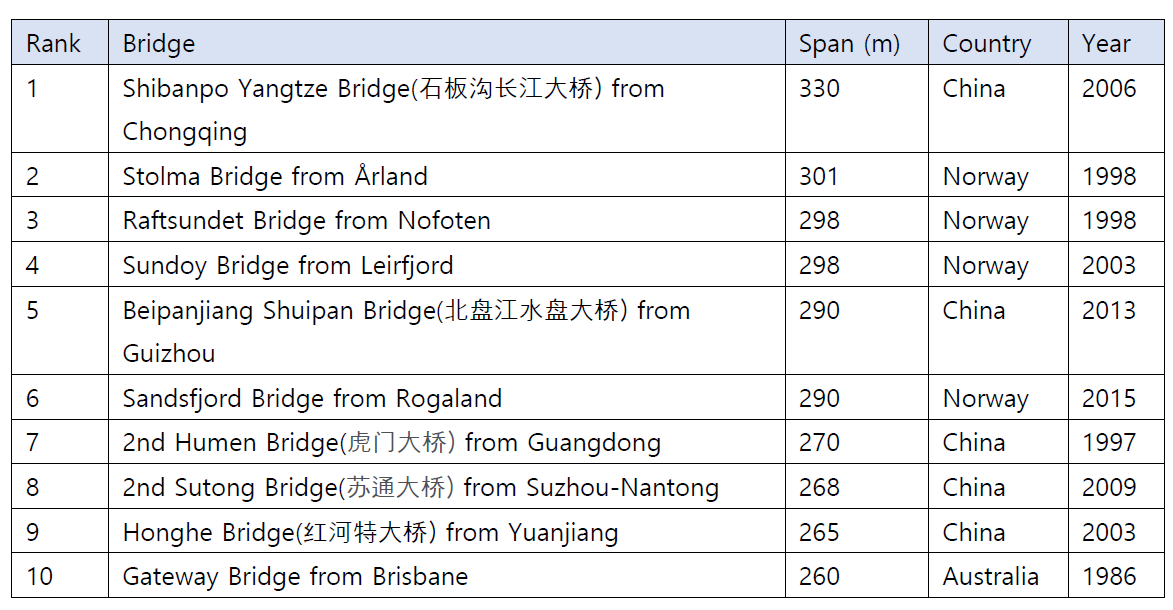 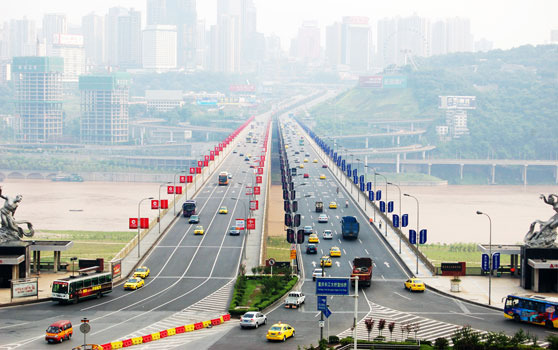 Considered the longest box girder crossing in the world, the Shibanpo Bridge connects the Chongqing’s Yuzhong and Nan’an Districts and dramatically improves traffic flow across the Yangtze River.

The new bridge runs parallel to the old bridge and is positioned 25 meters away from the older structure. The total length of the new 7-span box girder bridge is 1103.5 meters, with a main span that is 330 meters long and 19 meters wide.

To comply with strict river navigation requirements and match the aesthetics of the existing bridge the composite steel and concrete rigid frame structure provides a navigation clearance of 300 meters.

*Information and photo quoted from here 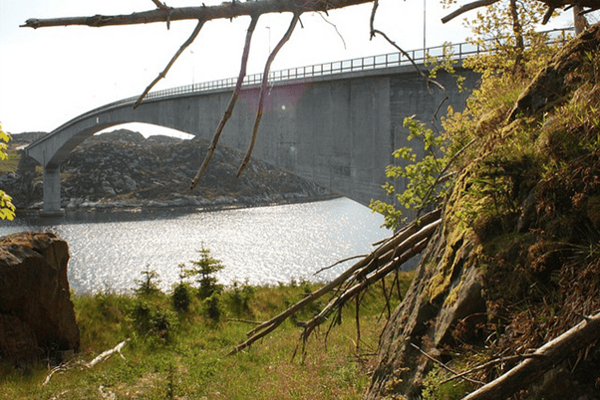 The municipality Austevoll south of Bergen on the western coast of Norway covers many islands. The two main islands Huftarøy and Selbjørn were connected by the Selbjørn bridge in 1979. The Stolma Bridge connects the two islands Selbjørn and Stolmen, further southwest in the municipality. The project consists of an 1800m new road and the Stolma Bridge with its overall length of 467m. The main span has a length of 301m, the longest free main-span worldwide for a concrete box-girder built using the free-cantilever method.

*Information and photo quoted from here 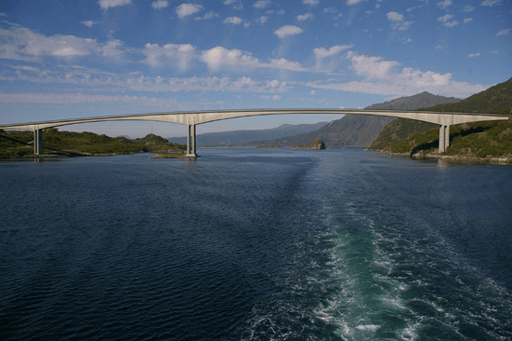 The Raftsundet Bridge, with a main span of 298m and a total length of 711m, was the longest concrete cantilevered span in the world when the cantilevers were joined on June 24th, 1998. The structure is exposed to a severe wind climate with a design gust wind speed of almost 60 m/s. The surrounding alpine topography with high mountains rising up to 1000m above sea level, creates fluctuating wind forces of large magnitude on the bridge. The dynamic wind climate severely affects the slender columns and the bridge beam

*Information and photo quoted from reference portfolio by AAS-JAKOBSEN

The Sundøy Bridge is a 2-lane road bridge designed as one of the world's longest concrete cantilever bridges with a main span of 298 m and a total length of 538 m. The main span is designed in high strength lightweight aggregate (LWA) concrete LC60, the side spans in normal density (ND) concrete C65. The bridge is high level, providing for a ship channel of 43.5 x 80 m. The bridge location is in the county of Nordland, close to the Arctic Circle with a very severe wind climate.

*Information quoted from the project portfolio pdf by STALITE 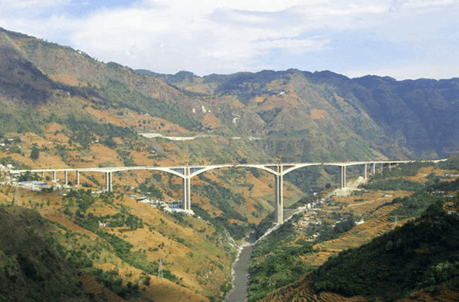 The center span of the Beipanjiang Shuipan Bridge reaches 290 meters, making it one of the longest beam spans in the world. One unique feature that the beam has is its unusual design: arch-like structure beams with open spaces that make it look less bulky and more aesthetic. Furthermore, one of the piers that support the center span is considered one of the tallest piers in the world with a height reaching 176 meters. Not only does the bridge look astonishing, but the view surrounding the bridge has an even more majestic view thanks to its spectacular mountain surroundings.

* Information and photo quoted from here 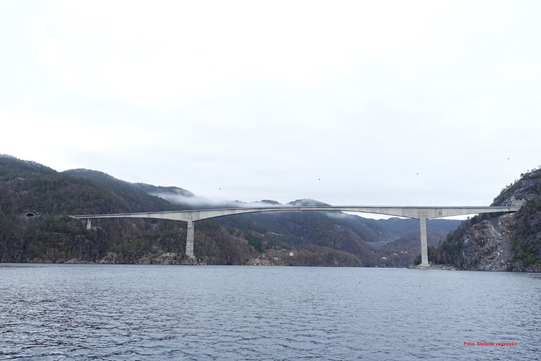 The bridge has a main span of 290 meters and has a total length of 580 meters. The bridge was built with 2 cantilever axes and a side span of 33 meters.

* Information and Photo quoted from projects profile by AAS-JAKOBSEN 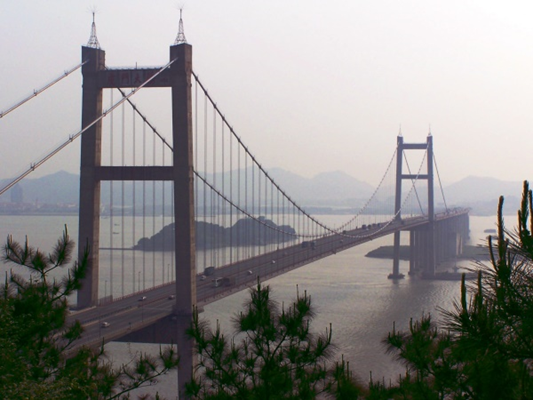 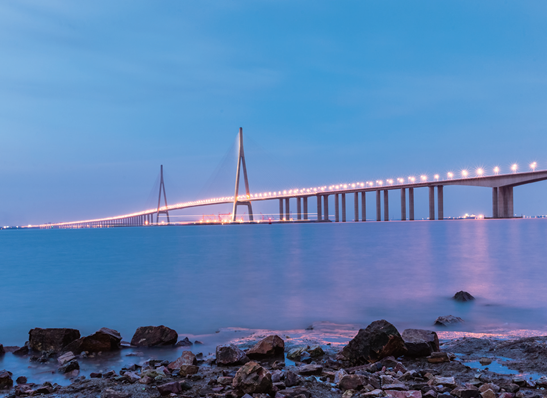 The Sutong Bridge crosses the Yangtze River upstream from Shanghai and carries a six-lane highway with emergency lanes. The total length of the bridge is 8km. The main bridge is a cable stayed bridge with a world record-breaking 1,088m main span. A concrete bridge with a main span of 268m provides a secondary navigation span. The approach bridges have spans varying between 42m and 75m.

* Information and Photo quoted from the project portfolio by MIDAS IT 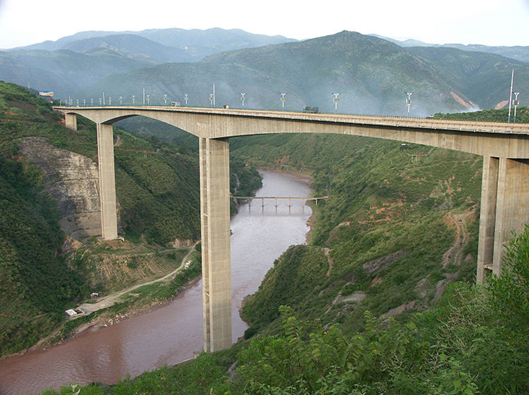 The Honghe Bridge, also knowns as the Yuanjian River Bridge has a main span of 265 meters with a height above water of 165 meters. It was one of the four main bridges constructed in the Yunnan province between 2003 and 2009, and amongst the four bridges, the Honghe Bridge was the highest and the only one with 4 lanes of traffic. One interesting fact about the Honghe Bridge is that it was not named after the river it crossed but was named after a regional cigarette company.

* Information and Photo quoted from here

To increase road capacity in the state of Queensland in Australia, the iconic Brisbane Gateway Bridge is being expanded by building a near duplicate alongside. The New Gateway Bridge duplicates the original, matching its pier locations, approach structures, and the main span of 260 m.

It has the largest cross-section concrete box girder in the world. The two bridges have to provide a substantial vertical clearance of some 57 m.

* Information and Photo quoted from Project Reference by MAGEBA-GROUP 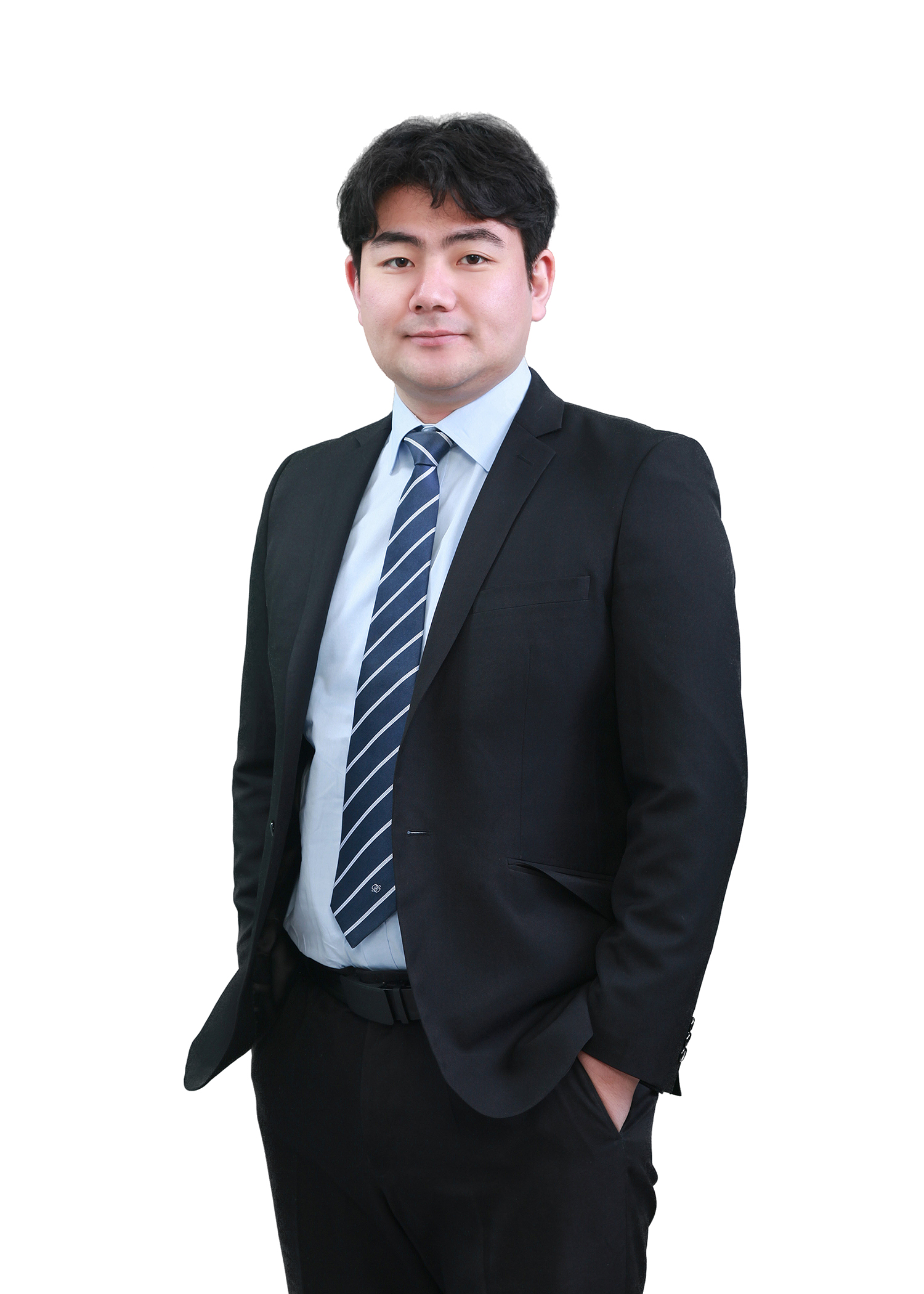 Taegook is a civil engineer within MIDASIT Technical Planning Team. He has over  3 years of experience in technical and marketing for MIDAS Programs.