Static load types can be applied quickly. midas Civil has several options to speed up the user's tasks. This webinar will show some useful options. Moreover, we will have a look at additional options for advanced analysis.

What are dead loads?

Fig. A building & a bridge

How to apply dead loads to an analysis model?

In order to define a load case, follow this procedure:

Details of Each Function

Before we use each load function, we should define a load case via the Static Load Cases function. While running the analysis, the software will perform static analysis for each load case. When we define a load case, we should select a load type. There are many load types prepared in the function, but those are used when the autoload combinations functions which Auto Generation of Load Combinations in Load Combinations function is used. Therefore, if the user does not use the autoload combination feature, it is optional to select a load type. The user can select the User-Defined Load type or another function available. 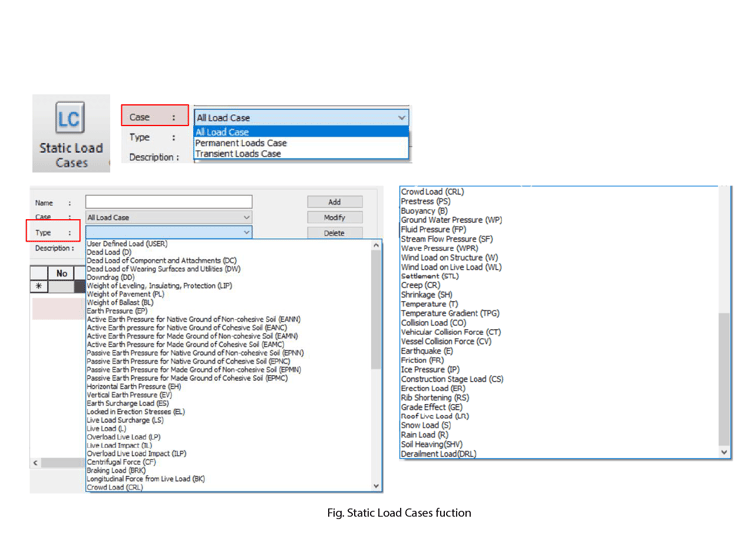 This function applies point loads to nodes of elements where available load types are axial forces and moments. The direction of loads follows the global coordinates system. 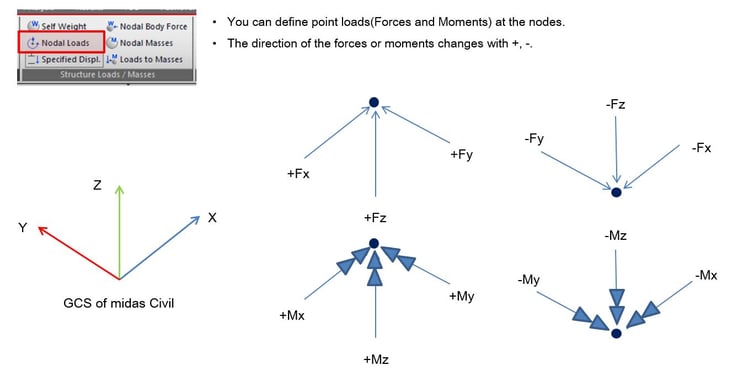 Mainly, pressure loads can be applied through the Pressure Type function. Applied pressure loads are re-calculated as a uniformly distributed load considering the width or height of sections. Therefore, if pressure loads are provided as a design load and the users have beam elements as a model, users can use this function without additional calculation for input.

This load type can be applied to plate elements and surfaces of solid elements. There are two ways to apply the pressure load:

The first way is to use the Define Pressure Load Type option. Here, we can define up to 8 load cases and apply all load cases to elements at once.

The second way is to apply the pressure loads to elements directly. We select a type of pressure load and apply it to the elements selected. 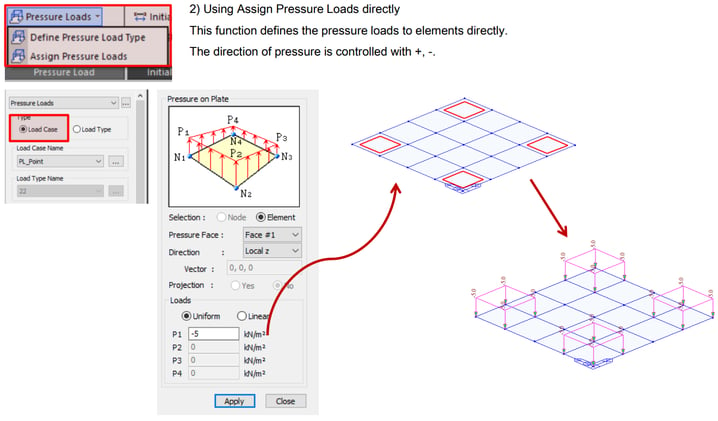 Through the Hydrostatic Pressure Loads function, users can apply a Triangular shape or non-uniformly shape of pressure easier than the pressure loads function. This function can be used to consider the soil pressure or water pressure. 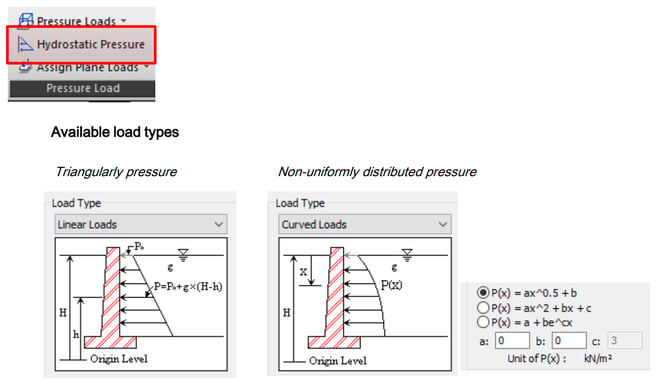 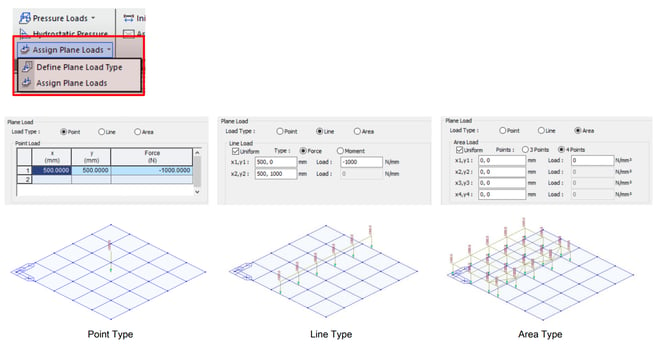 Now, let us see how the Static Loads group functions are applied to models in midas Civil.

Self-weight loads can be used in various structure models. The major reactions of structures against self-weight load show the deformation toward gravity, as shown in the figures. 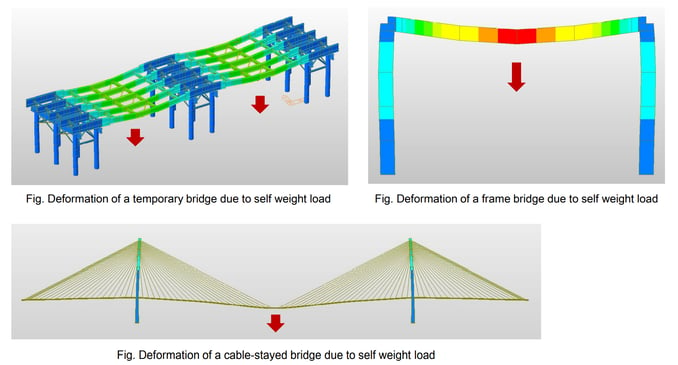 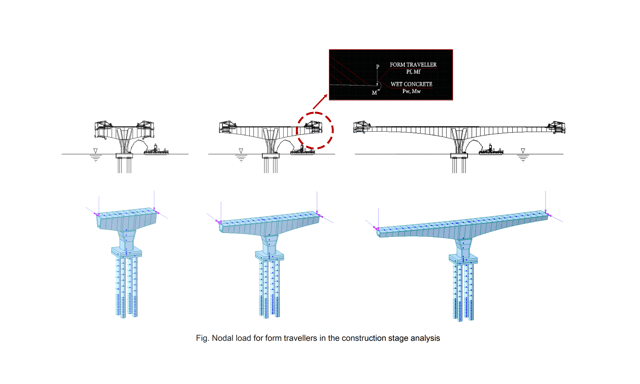 Here, Nodal Loads are applied in the transverse analysis for a concrete box girder model.

The Nodal Loads function is used to consider the vertical component of prestressing force and wind load on the barrier.

These example models are plate and solid models for a pier. Nodal loads are considered to apply the weight of the superstructure to the top of a pier. 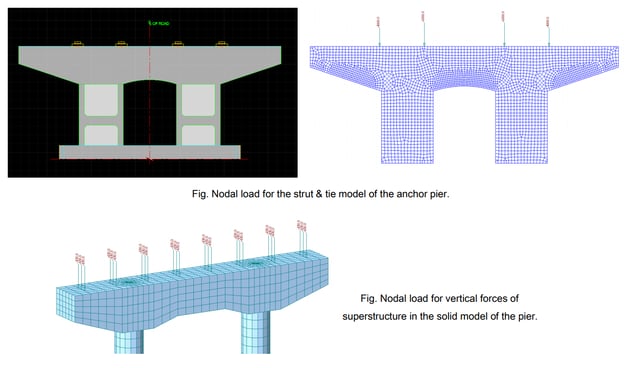 In this example, beam loads are applied to grillage models for girder bridges. During construction stage analysis, beam loads are used to consider the weight of wet concrete for the slab on girders. 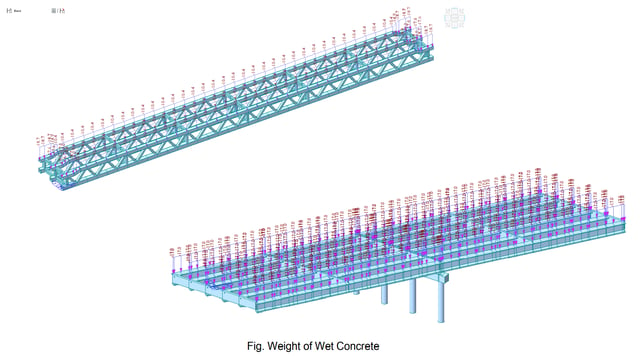 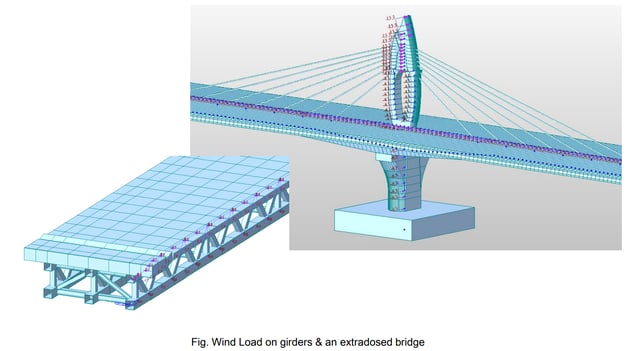 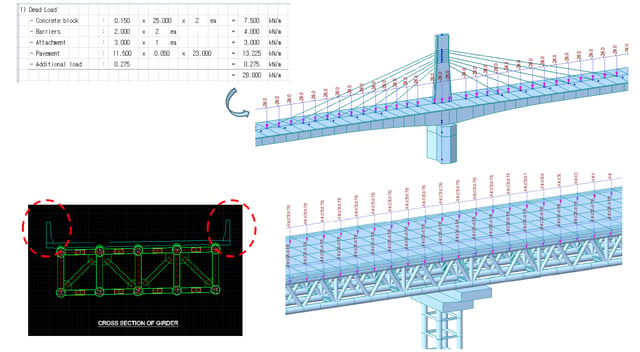 The last application models are examples of applying the Pressure, Hydrostatic pressure, and plane loads function. These example models consist of plate elements and solid elements. Pressure loads are used to consider the weight of pavement, barriers, and additional attachments. 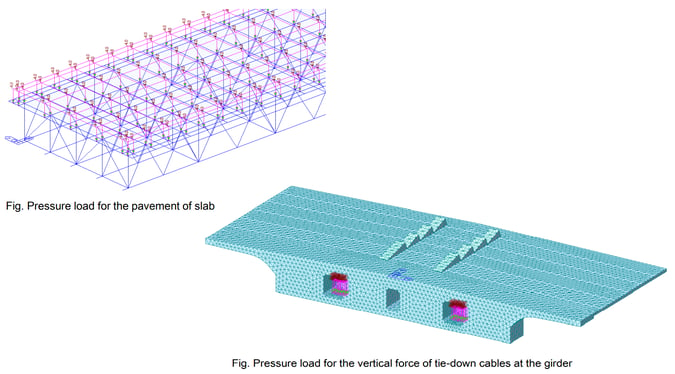 These models are an integral bridge and a culvert that contains plate elements. Here, the Hydrostatic pressure loads function is used to consider soil pressure and water pressure. 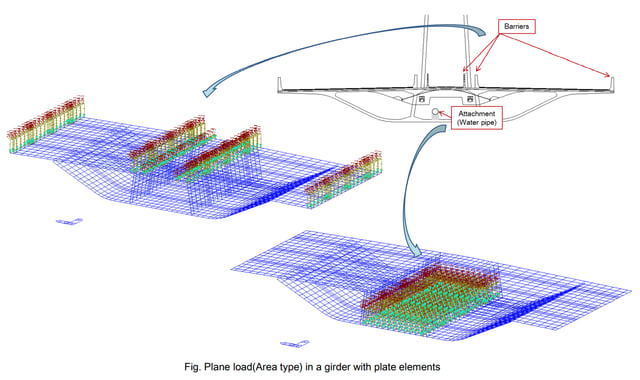 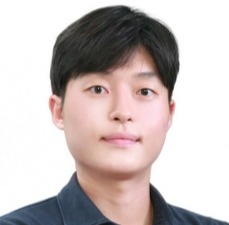 Tae Yong is a bridge engineer within MIDASIT Technical Planning Team in South Korea. He has over 3 years of experience in the design of bridges and civil structures in Korea. He is familiar with international codes of practice including AASHTO, Eurocode and BS code. He has experience in discussing technical issues with engineers in Singapore, Malaysia, and Romania. From this webinar, he will share one of his experiences in Cable-stayed bridge design. 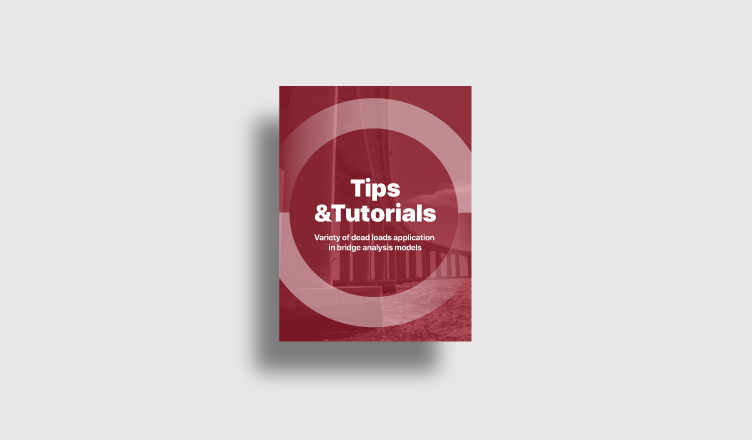