Deformations observed in Tunnels and Subways

Underground structures typically have a high cost of construction and long-term usage hence the seismic analysis and design is crucial for minimizing risks and damage during an earthquake. The simplest approach is to ignore the interaction of the structure with soil and apply the free-field deformation to the structure but Soil-Structure interaction plays a major role. In contrast to above-ground structures where inertia forces are crucial, the deformation of the surrounding soil determines the seismic response of underground structures. Depth of structure, type of soil, relative stiffness of structure and soil, duration of earthquake etc. determines the response of structure.

Today we will be going to discuss four methods frequently used for the seismic analysis of underground structures:

Starting with the most used method for the analysis here. Every engineer, while studying seismic analysis must have comes across the Response Spectrum method. 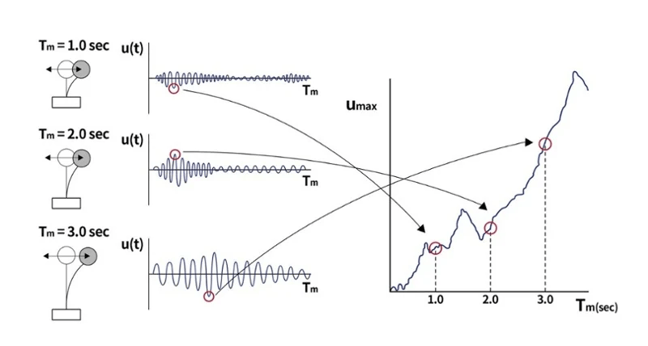 So, might be wondering how we get this curve. Assume the displacement response of three SDOF systems with constant damping ratio and different natural periods as shown in the figure above. These systems are then subjected to a seismic excitation and their maximum displacement is noted. The deformation response spectrum can be represented as a function of the natural vibration period and the maximum displacement of each ground motion system observed.

For designing an underground structure, the focus is on the deformation of the surrounding soil (free-field deformation). This is the reason that instead of going for the usual Response Acceleration method, Response deformation is used.

Due to its clear physical conception and accurate simulation of the mechanical characteristic of structures, this method is employed worldwide. The Response displacement method can truly reflect the underground structure stress characteristics.

The Equivalent Inertial Force method is based on the idea that the maximum bending moment values obtained by the two methods—dynamic time-history analysis and equivalent inertial force, are same and obtained at the same location. To achieve the same outcome as that of dynamic time-history analysis, a correction factor must be applied in order to calculate the bending moment of the remaining members as well as the axial force and shear force of all the components. 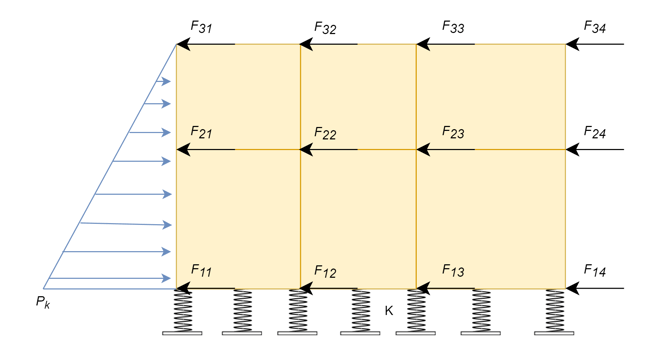 Let’s see how the equivalent horizontal seismic inertia force is obtained. In the above figure,

Calculation of Equivalent Inertial Force Coefficient(k), takes the effect of :

In this method, the basis of static acceleration distribution pattern is based on the experimental and time-history analysis results. Soft soils have an amplification effect on earthquake acceleration and velocity. The shear forces and axial forces are determined by the introduction of a correction factor, by which the results is consistent with the dynamic time history method.

In the figure above, H is the total thickness of soil, h1 depth of roof slab and h2 depth of floor slab.

The distribution pattern of static acceleration is based on experimental studies and time-history analysis results. In a nutshell, the Equivalent horizontal acceleration method transforms the dynamic analyses into a static calculation process, so as to improve the computational efficiency. 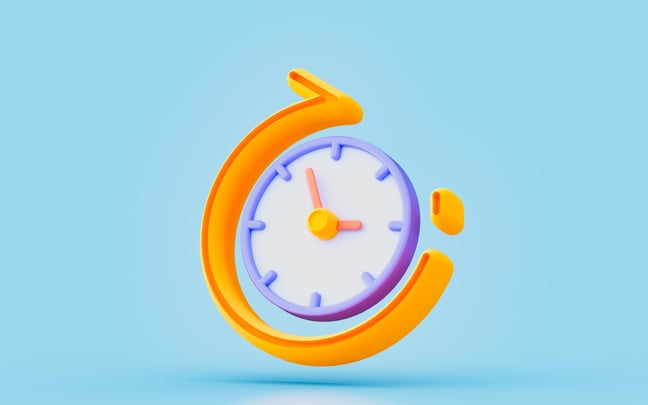 Time history analysis seeks out a solution for the dynamic equilibrium equation when a structure is subjected to dynamic loads. It calculates a series of structural responses (displacements, member forces, etc.) within a given period of time based on the dynamic characteristics of the structure under the applied loads. 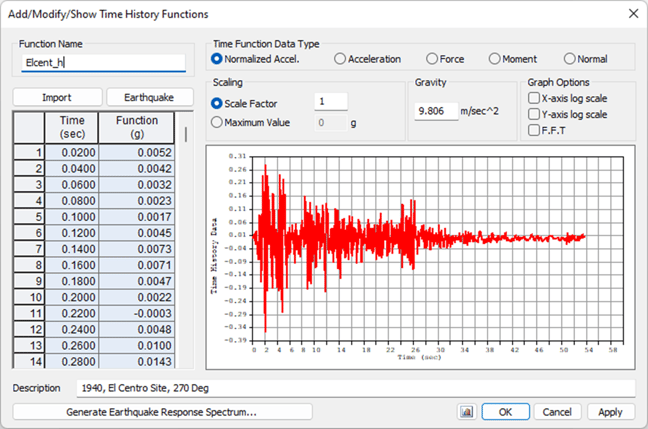 This approach can also accurately reflect the interaction between the soil and the structure during an earthquake. The economy in the design achieved is something that cannot be neglected even though the calculation is complex and time taking.

Yeahh!! We are reaching the end of this article. Let’s go back to the beginning to summarize the things. There are two approaches to analyze the underground structures:

Of the above discussed methods, the first three ie. Response Displacement Method, Equivalent Inertial Force method and Equivalent Horizontal Acceleration Method comes under pseudo-static approach. These methods assume soil to be linear elastic and hence are applicable to soil under small excitation.

With recent realization of their importance, countries have started developing and using specialized codes for the seismic analysis of underground structures. Some of the codal provisions are listed below: 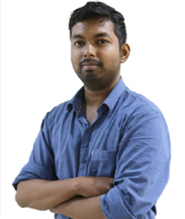 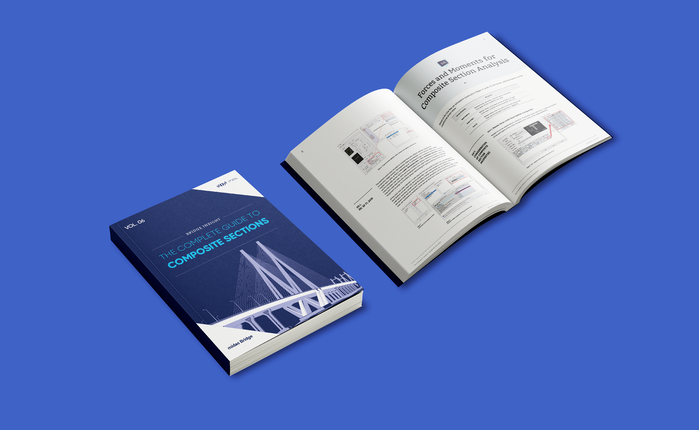